How Can I Stop Condensation on My Windows?

Home > How Can I Stop Condensation on My Windows?

How Can I Stop Condensation on My Windows? 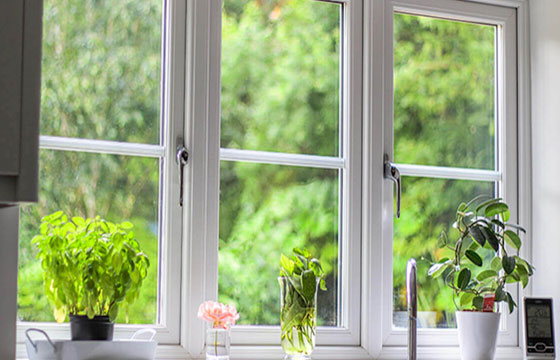 As we head into the colder months, you might start to notice a build-up of condensation on your windows. Sadly, if you’re waking up to condensed windows and water pooling on your windowsill, you’re probably also familiar with the mould that comes with it.

Why have I got condensation on my windows?

As we breathe, cook, clean and so on, it generates moisture. This water vapour settles on cooler surfaces, causing those fogged up windows that you’re now finding.

It can form on walls too, but as most wall surfaces (such as paint or most types of wallpaper) are permeable, the condensation has somewhere to go. Condensation on a window can’t be absorbed, and will stay where it is until wiped off, or it evaporates.

It’s why it’s most noticeable on tiled surfaces and windows, such as in the bathroom after having a shower.

Is window condensation a bad thing?

Persistent window condensation is usually a sign that humidity it in the home isn’t able to escape properly. Unfortunately, this can cause problems if it develops unchecked.

The most obvious problem is the appearance of mould or mildew; usually starting as ugly black spots around windows and on walls.

These spores can spread quite quickly, damaging furniture and even the building itself. Some people might also find that they’re also particularly sensitive to damp mould, which can be a serious health concern.

How can I prevent window condensation?

The biggest culprits for introducing moisture in the home are the bathroom and the kitchen. Long hot showers, or steaming pans on the stove both kick out a lot of vapour, which can then settle elsewhere. Leaving wet clothes to dry over radiators can also cause problems.

The easiest way to deal with this is by giving it an outlet before condensation has chance to form. Modern homes have extractor fans fitted as standard, but it’s also possible to fit them retrospectively.

Even just opening a door or window helps excess moisture escape, though that’s not always practical in terms of warmth or security.

Check your windows for trickle slots. These small ventilation slots allow a small amount of air to pass in and out, which helps enormously with condensation. They might look like a long white box, or a type of switch or lever on or around the window.

What if condensation appears between window panes?

Sadly, this is a common problem in older types of double-glazing units. As the name suggests, double glazing sis made from two panes of glass, separated by a narrow channel of air which acts as an insulator.

If the seal around the panes gets a hole in it, even just a tiny one, moisture can infiltrate between the glass. Because it can’t be reached to wipe it off, this usually turns into mould.

As well as making windows look unpleasantly grimy, it’s also a sign that the window unit is no longer preventing an exchange of heat like it should be.

This means that the thermal efficiency of your windows has been compromised, and it’s time to consider a replacement.

We supply and install high-quality performance windows on the Wirral, Merseyside Cheshire, and North East Wales. Ask us for a quote today!